This pedal was created against all odds, in the back lounge of a Prevost nightliner between Chicago and Seattle, then flown to Brazil where it was placed in the hands of its new owner. I do so few commissions, that sometimes I wonder why I take the ones that I do. Perhaps this one just seemed crazy enough of an undertaking that I was determined to make it happen.

I put together a mobile soldering and prototyping rig that I could use either on the bus, in back rooms, or hotels. I had to make due without the convenience of a drill press or other large equipment, but it was easy to pack everything I needed into a few tool boxes and organizers.

The case was drilled by hand and labels were used instead of paint, but everything else is identical to the circuits found in tremolos CWS006, CWS007, and CWS009. 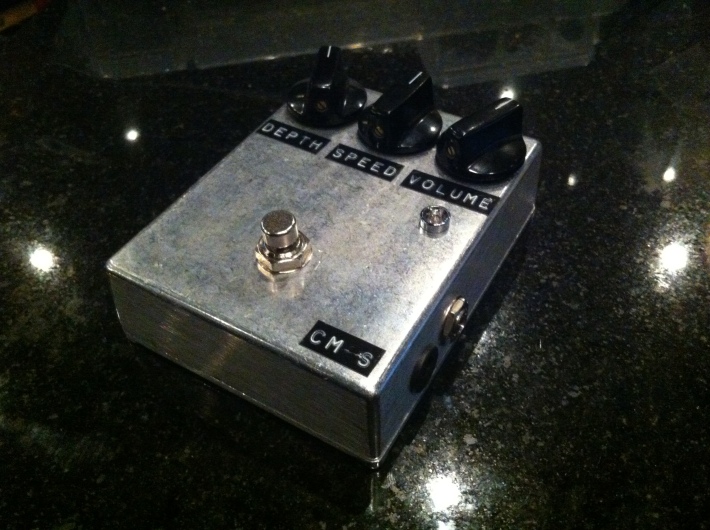 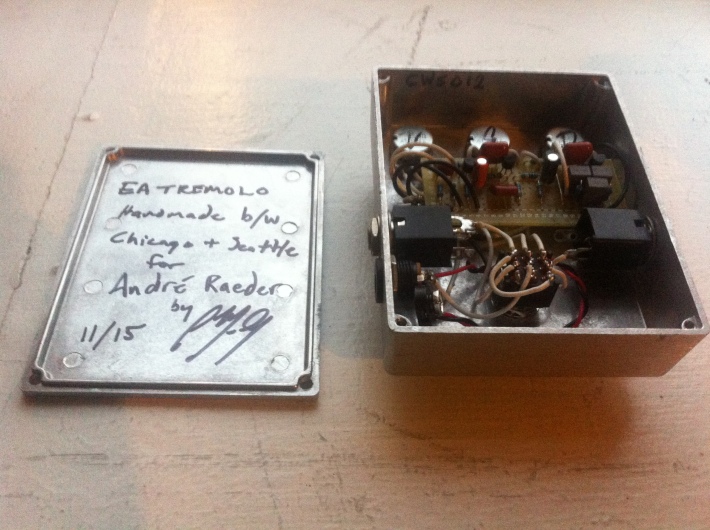